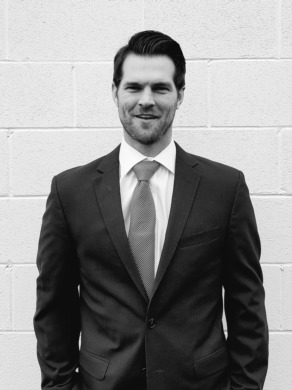 Doug is excited to be part of the Charles Hart Real Estate team and focuses primarily on residential real estate. Doug has been in the service industry since 2013 as a Physical Therapist and takes pride in promoting optimal outcomes for his clients.  Doug is dedicated and will go to battle to make sure his clients needs are met.

Doug was born and raised in Columbus Ohio, where he attended Bishop Watterson High School.  He went on to attend The Ohio State University where he received his Bachelor of Science in Exercise Science followed by his Doctorate in Physical Therapy.  While at Ohio State, Doug was a four year letter winner on the Men's Varsity Soccer team where he was Team Captain and Big Ten Defensive Player of The Year his senior year.

In Doug's free time, he enjoys watching The Buckeyes and Blue Jackets, as well as spending time with his wife and daughter.  Doug currently resides in Grandview, Ohio with his family.

Have a Question or Want a Free Market Report?

Have a Question or Want a Free Market Report?